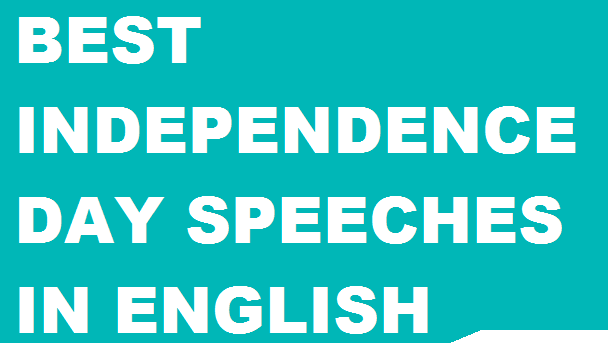 A very good morning to the excellencies, respected teachers and my dear colleagues. We are gathered here to celebrate nth Independence day. I am very happy to speech here on this great occasion. I am very grateful to my class teacher to give me such a special opportunity to say my views on the independence day of my country. At this special occasion of independence day I would like to speech on the India’s struggle for getting freedom from the British rule.
Long years ago, great Indian leaders were made a tryst with the destiny to give us a free and peaceful country by sacrificing their comfort of life. Today we are gathered here to celebrate independence day without any fear and having happy face just because of our brave forefathers. We cannot imagine that how the moment was critical at that time. We have nothing to give our forefathers in return for their precious hard works and sacrifices. We can only remember them and their deeds and make a heartily salute while celebrating the national events. They would always be in our hearts. After the independence India get new birth with happy face of all Indian citizens.
India got independence on 15th of August in 1947 from the clutches of British rule. Indian people all over the country celebrate this national festival annually with lots of joy and enthusiasm. It was great day for all the Indian citizens when India’s tricolor flag was unfolded by the first Prime Minister of India, Pandit Jawahar Lal Nehru, at the Red Fort, Delhi.
A huge celebration takes place in New Delhi at Rajpath every year where national anthem is sung after the flag hoisting by prime minster. Together with the national anthem a salute through 21 guns firing and showering of flowers through helicopter is given to the national flag. Independence day is a national holiday however everyone celebrate this from their own places by hosting the flags in schools, offices or society. We should feel proud to be an Indian and try our best to save the honor of our country.
Jai Hind.

Very good morning to the honorable Chief Guest of the day, respected teachers, parents and my all dear friends. I wish you all a very Happy Independence Day. We all know the reason of get together here in such a big crowd. We all are excited celebrating this great day in such an excellent manner. We are gathered here to celebrate nth independence day of our nation. First of all we hoist our honorable National Flag  then give a salute to all the heroic deeds of the freedom fighters. I am feeling so proud to be an Indian citizen. I have such a great chance to give a speech on the Independence Day in front of you all. I would like to say thanks to my respected class teacher that she has given me an opportunity to share my views with you all about the freedom of India.
We celebrate Independence day every year on 15th of August because India got freedom on the night of 14th of August in 1947. Just after the independence of India, Pandit Jawaharlal Nehru had given a speech on the Independence day in New Delhi. When people all over the world were sleeping, people in India were waking to get freedom and life from the British rule. Now, after the independence, India has been a largest democratic country in the world. Our country is a most famous country for the saying of unity in diversity. It face many incidents testing its secularism however Indian people become always ready to answer with their unity.
Because of the hard struggles of our forefathers we are now able to enjoy the freedom and breathe fresh air according to our wish. Getting freedom from the Britishers was really an impossible task our forefathers did with their continuous efforts. We can never forget their works and always remember them through the history. We cannot remember all the deeds of all the freedom fighters in a day only however can give them a heartily salute. They would always be in our memories and way of inspiration to us whole life.
Today is the very significant day for all Indians which we celebrate remembering sacrifices of great Indian leaders who had given their lives for the freedom and prosperity of the country. Freedom of India was possible because of the cooperation, sacrifice and involvement of all the Indians. We should value and salute all the Indian citizens because they are the real national heroes. We should keep faith in the secularism and never be separate to maintain the unity so that no one can break and rule again.
We should take an oath today of being highly responsible and well-educated citizens of the tomorrow India. We should sincerely perform our duty and do work hard to get the goal and successfully lead this democratic nation.
Jai Hind, Jai Bharat.
Independence Day | Independence Day Essay | Slogans on Independence Day | Paragraph on Independence Day | Facts about Independence Day of India | Independence Day Quotes | Essay on National Flag of India | Essay on National Festivals of India | Essay on Importance of Independence Day in India